TikTok continues to be the most downloaded app for 2022 Q1

TikTok continues to be the fastest growing app on social media platforms.

According to Sensor Tower in the first quarter of 2022, TikTok is the most downloaded app on the Apple App Store. TikTok downloads on iPhones and iPads worldwide surpassed 70 million in Q1 2022. Behind TikTok are YouTube, WhatsApp Instagram and Facebook remain the most downloaded apps in the same period last year. 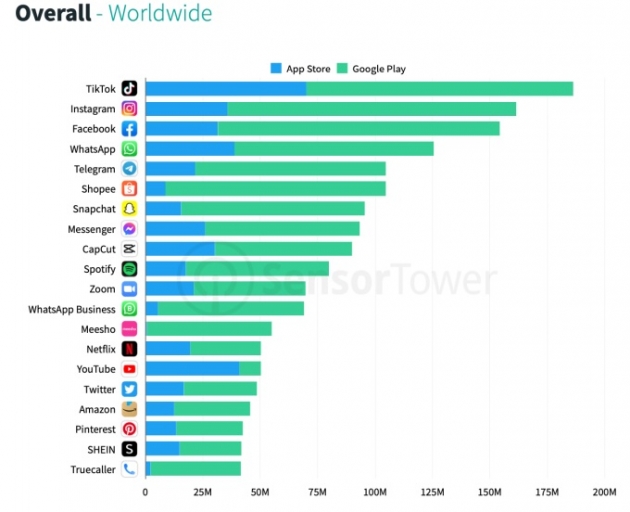 Since the app’s release, TikTok has garnered more than 3,500 million downloads. It became the first non-app product owned by Meta (the parent company of Facebook) to reach a record 3.5 billion downloads. According to Sensor Tower, there has been no app that can surpass TikTok since the download in early 2018.

Among the games are Subway Surfers, Wordle Coloring Match PUBG Mobile and Roblox are the most downloaded apps on the App Store, with more than 15 million downloads of Subway Surfer in the first quarter of 2022.