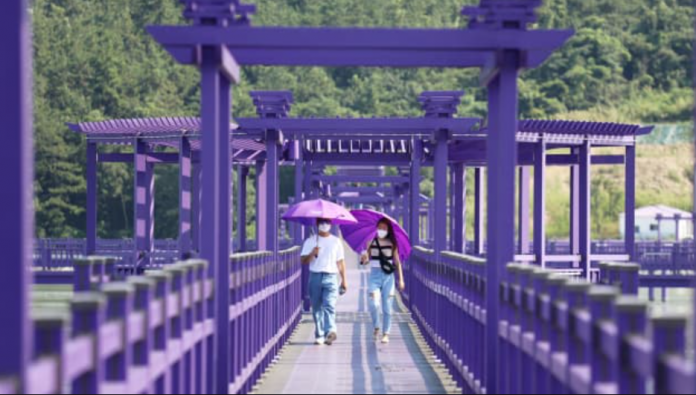 If you can feel the colors , everything can touch your heart. Isn’t the earth the color that makes it more beautiful? There are also some popular places that represent colors. For example, the Pink Sea. Like the little blue city of Kashmir.

CNN now has a purple plains world. Let me introduce you to that place.

Ban wol Island It is located on the southwest coast of South Korea. It is known as the “Purple Island” in the world of tourism. Because when you look at it from above, the whole island is covered with purple lavender.

A travel columnist who climbed a mountain in Oman in a Spider- man costume
Not only the roofs of the houses but also the lavender garden on the island. Next bridges Ships The telephone booths used only purple lavender.

It still welcomes visitors to the island. However, you will be allowed to visit the island only after a two-week quarantine on La la Island.