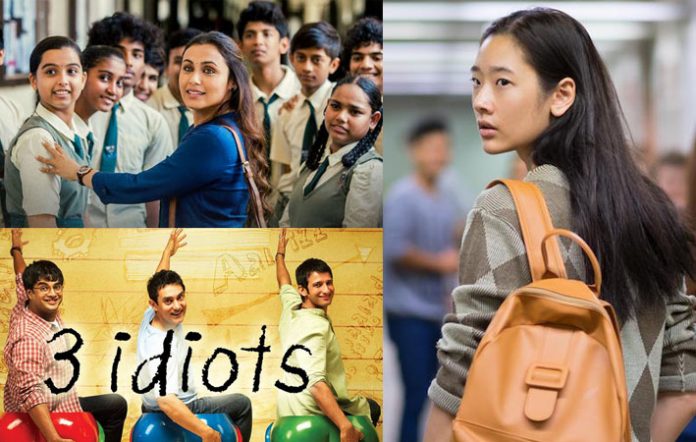 Readers are selected from a weekly selection of good movies. This time, I would like to point out some good films that focus on education and highlight the current education. The taste of each film is different.

Bad Genius is one of my favorite Thai films to watch so far. The film features director Nattawut Poonpiriya, a Thai model and actress Aokbab and actor Chanon Santinatornkul. Bad Genius will now be remade in the US version.

Another movie I would like to choose is Hichki. This movie is not only about education, it is also about love. This is a film about such a topic. In this film, you will see how a teacher can transform the worst kids who everyone thinks is “impossible” to get the “Perfect” badge.

Another favorite movie about education is 3 Idiots, which I think will rarely be seen by anyone. It is a movie that is often shown on TV. The real cast was Shah Rukh Khan, but Khan refused and was beaten by Aamir. This is the first Bollywood film to gross (Rs 200 crores) at the box office.

Another movie I would like to choose is The New Classmate. I chose this movie because I like A and Daughter. It is the second favorite movie after mother and daughter after Secret Superstar. It stars Swara Bhaskar and Ria Shukla. In this film, you will experience the story between a mother who wants her daughter to be educated and a daughter who is not interested in writing.

Another movie I would like to choose is a Korean drama. It is a sequel that requires a lot of time to watch. In this movie, we will see how we will do it and how it will end in the end. It is a movie that we will not regret watching.