Jubjib is a famous dog in Thailand 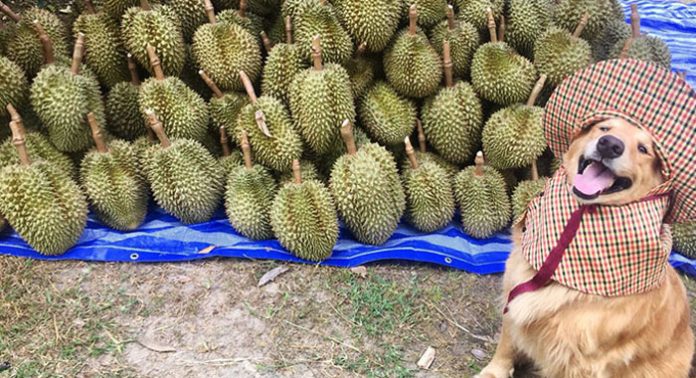 Puppies are one of the most beloved pets in the world and one of the most loyal to humans. Puppies are also the ones who are always on the lookout for adults. The dog I want to talk about is a famous puppy in Thailand. The puppy is Jubjib.

Jubjib is a Golden Retriver puppy who lives with his family on a large durian orchard in Thailand. Jubjib’s masters adopted Jubjib at an early age and brought him to the orchard seven years ago. When he first arrived, Jubjib became restless due to the smell of durian fruit, but later gradually became accustomed to it.

A jubjib is the happiest time when the masters are picking durians. At such times, the Jubjib often walks around the orchard in a work uniform. Later, the masters set up a page called Jubjib Durian for Jubjib by posting pictures of Jubjib on Facebook. The page regularly posts photos of Jubjib, and also sells durians.

“Jubjib is a very lucky dog ​​for us. Since his arrival on the farm, the production of durians has increased and sales have increased. Jubjib is a very polite and friendly dog. “People are looking at his face and ordering our durians from us,” one of Jubjib’s owners told Bored Panda.