The high-tech, mid-range mid-range Realme GT Neo 3 has been announced in China in two editions.

There are two versions: Standard Edition and 150W UltraDart Charging. Both come with the same 5nm MediaTek Dimensity 8100 chipset and 50MP main cameras. The 150W UltraDart version comes with 150W Charging technology, as the name implies. 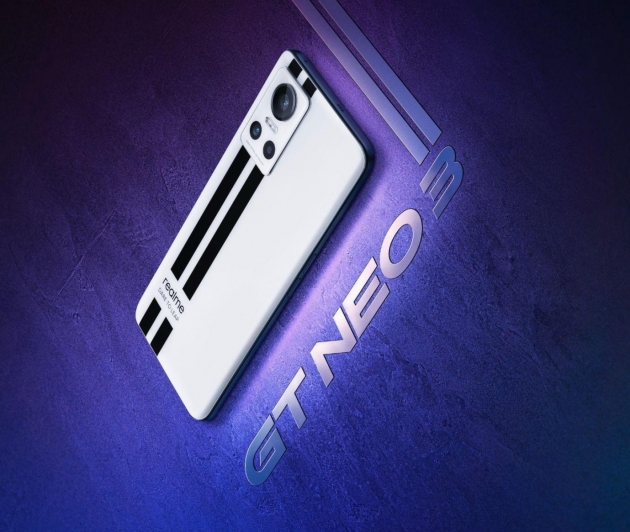 Up to 39 battery safety features are included, and a temperature control algorithm can be used to keep the phone temperature below 43 ° C while charging. The heat dissipation area is 39,606 square millimeters and the vapor chamber VC Cooling area is 4,129 square millimeters. Realme claims that the phone can maintain 80% of its performance even after 1,000 charging cycles.

The realme GT Neo 3 features a rectangular frame design Comes in three colors: Silverstone Silver and Le Mans Blue. The black is matte, and the other two colors run in two black-and-white lines on the back of a rectangular camera with a realme logo on the bottom.

The 6.7-inch FHD + AMOLED display supports 120Hz refresh rate. The display is HDR10 +-certified and features a dedicated display chip that streamlines games and streamlines games, as well as reducing power consumption when not needed.

The realme GT Neo 3 comes with Dolby Atmos speakers, and a 50MP Sony IMX766 Sensor with OIS image stabilization in the rear camera housing. It comes with an 8MP Ultrawide Sensor and three 2MP Macro Lens cameras. The software runs Android 12 based on Realme UI 3.0, and the Standard Edition (6 / 128GB) starts at RMB 1,999.