How did Spotify’s CEO Daniel Ack get rich ? 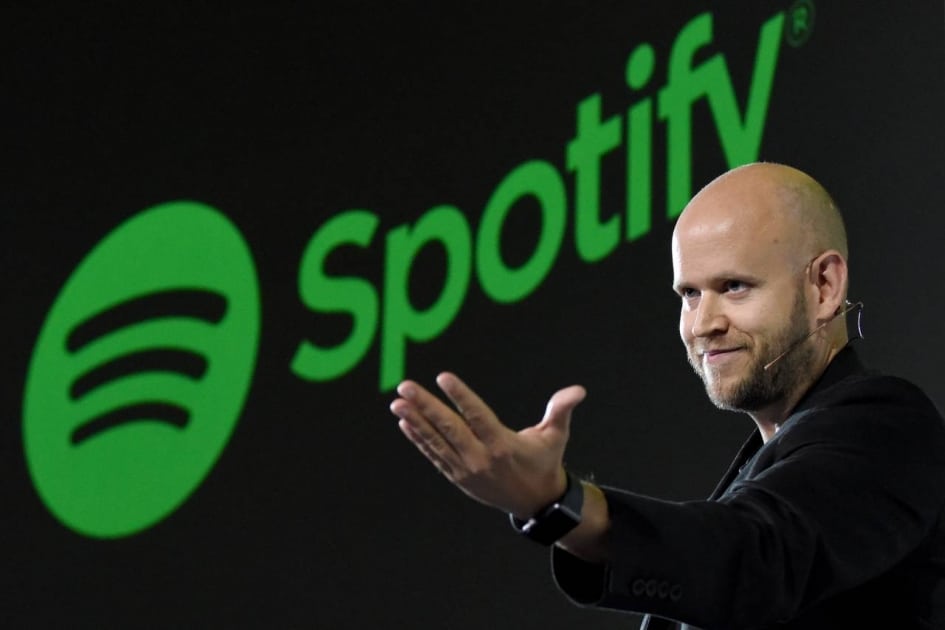 After becoming a millionaire at a young age , a young man who decided to retire from business and drive a red Ferrari nightclub was tired of living a rich life and set up one of the world’s largest music streaming services . Next we will see the story of how a young man became a billionaire, earning more money than his father as a teenager.

Music lovers are already familiar with Spotify as the world’s largest digital music platform. Amidst the most competitive music streaming services, Swedish company Spotify has been ahead of the top tech giants in the world of streaming. Apple Inc., which brings together the world’s best technologists and brains; In a world where tech giants like Alphabet Inc and Amazon are competing , you can’t leave out the most important person who has shaped Spotify to number one.

He is the founder and CEO of Spotify. Daniel H. is no longer a territory. He is a genius who has been gifted in business since he was young. The man who became a working-class man on the outskirts of Stock holm has been making money since he was 13 years old.

The first thing he did was start a home-based business and write a business. Daniel Ake provides website design and hosting services for local companies. He said he also learned computer programming to do this business through self-learning. He takes his first customer for $ 100 and the second customer pays him $ 200. Then I made $ 5,000 for a website.

When it came to expanding his business, he tricked his classmates into playing video games and asking them to return to work. Even so, owning one is still beyond the reach of the average person. As a teenager, his monthly income was around $ 50,000.

At the age of 16, his monthly income was higher than that of his father, a mechanic. By the age of 18, he was already managing 25 people. His family did not immediately know that the income was so high. He said he would only be careful when he brought home big TVs.

The years before Spotify was founded were the life stories of Daniel Ack. Ever since he was a teenager, he has been buying old guitars and video games. He also befriended Napster founder Shaw Parker through online chat rooms. Shawn Parker was also one of the earliest investors in Spotify, which he founded.

Daniel, too, graduated from high school earning $ 4-5,000 a month. After graduating, he studied engineering for eight weeks at the Royal Swedish Institute of Technology. Until I decided to venture into the tech world. In the world of technology, a high school graduate is already in a position of leadership.

He was 23 when he sold Advertigo to Swedish digital marketing company Trade. Doubler for $ 1.25 million. He said he was a millionaire and wanted to retire from business. Even so, after selling Adver tigo in 2006, he became CEO of μTorrent for a few months. He sold his business and lived in his luxury apartment in Sweden, where he was surrounded by nightclubs and luxury cars.

He did not fit in with the luxury lifestyle

Bored of life in luxury and luxury may be his nature. In a 2014 interview with The New Yorker, he said that his extravagant lifestyle had left him completely depressed. Friends nearby said he was not a true friend and that no one came to teach him what to do after living a life of financial independence. That’s the motivation for him to start another big project.

The idea for Spotify came from Inspire, a former P2P file-sharing service on the Internet with his former online friend Shaw Pa Kar. In fact, he got the idea in 2002, and the idea of ​​a music streaming service that would become Spotify was already in his head. At the time, Napster was left to fend for himself, and the fact that the patent-infringing P2P music site Kazaa dominated dominated his thoughts. His idea is to get legal music streaming services legal.

This is the beginning of Spotify, and the company was founded in Stockholm, Sweden in 2006 by Martin Laurento, co-founder of TradeDoubler. From the outset, we have entered into legal licensing agreements with recording companies to prevent piracy. Those who watch the commercials listen to the music for free.

For those who want to enjoy music without ads, it costs $ 5 to $ 15 a month. Two years after Spotify was founded, top record labels and artists agreed to stream their music on Spotify, and Ake launched its platform in the European market. The boycotts movement of musicians and celebrities like Taylor Swift; New competitors like Apple took more than two years to reach the US market.

Spotify is now one of the world’s largest music streaming companies, with nearly 320 million monthly subscribers, including 144 million paid subscribers. In terms of market value, Spotify is worth more than $ 51 million. Daniel Ack, CEO and co-founder of Spotify, is now worth $ 8.5 billion with an 18.5% stake in the business.

“He is a big Arsenal fan,” he tweeted. “I supported Arsenal as much as I can remember from childhood to adulthood,” he tweeted.

More interestingly, in addition to this tweet, he is also keen to buy Arsenal. Arsenal fans are frustrated with the club’s results and are demanding the sale of club owner Kroenke Sports Enterprises to a new owner. The pressure on the Kroenke family has risen since they left the European Super League last April.

Arsene Wenger has been linked with a move away from the Gunners this summer, with the Gunners reportedly keen to sign him. The Spotify CEO officially tweeted, “If KSE (Kroenke Sports Enterprises wants to sell to Arsenal, I would be happy to release them.”

Will his dream of owning an Arsenal club, which has made him a billionaire and a lifelong Arsenal fan, come true?