Bitcoin, a popular cryptocurrency, has become the official currency of Central Africa. The Central African Republic is the first and second country in Africa to legalize Bitcoin. El Salvador was the first country in the world to recognize Bitcoin as a legal currency, and in 2021 it announced the legalization of Bitcoin with the dollar. 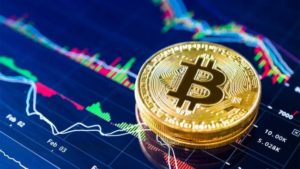 Gold Despite rich in uranium and diamond resources, the Central African Republic is one of the poorest and least developed countries in the world and has been plagued by years of insurgency and violence. Last week, Central African Republic lawmakers unanimously approved Bitcoin as the country’s official currency, according to a statement signed by O’Brien Nacio, chief of staff of President Austin Acharya.

“The president has endorsed the law because it could improve the situation of Central Africans,” Nansio told Reuters. Two former prime ministers have signed a letter expressing concern over the legalization of Bitcoin without BEAC guidance. El Salvador, the world’s first official currency, has been warned by many economists, including the International Monetary Fund, that it could lead to further financial instability.